February 11th is the international day of women and girls in science and technology. A day where we not only celebrate the women in Science, technology, engineering and math (STEM) but also try to encourage the next generation of tech-driven females.
In this article, I want to specifically focus on the aviation industry. The aviation industry is a very broad sector. It doesn´t just relate to airlines and the airports but also to manufacturers, ground handling agencies, suppliers of aircraft parts, air traffic controllers and other organisations that provide services within the aviation sector.

The global aviation industry supports 65.5 million jobs and supports 3,6% of the worlds gross domestic product (GDP), equating to the size of GDP of Switzerland.
Considering this, what are some of the technical jobs in the aviation industry? There are many from pilots, to engineers, mechanics, designers of aircraft. Now let us look at some statistics: female pilots account for between 5-7% globally, with India being the country with the highest (13%) and the United Kingdom is the lowest (5%).
Being a female pilot and drawing from personal experience, I have not seen significant growth in this percentage. I started my career in 2004/2005, when I first started flying commercially. Every time I had to go through a training, I sat in a class full of male candidates being the only female. Throughout the years this hasn't changed much… if I am lucky I may see another female candidate in the same room!

So why is it that there is such a low percentage uptake of female pilot candidates? This is a question that does seem slightly complicated to answer. Several research studies have been done, one of them being completed in 2019 by a European airline. This survey was conducted among 500 young adults between 18-30 years old of whom 350 were female and 150 were males. The survey indicated that 40% of the girls thought they didn't have the necessary skills for the job and 35% indicated that it was never brought to their attention at school.

What can we do to improve these statistics? In my opinion, the encouragement of girls into STEM fields has to start from a young age and by young, I mean “as young as possible”. Starting from deleting the kind of patriarchal minds that the society has been built upon and leaving it open. For example, why do we tend to buy a Lego set for toddler boys and not for a toddler girl? Why are we programming the kids at such a young age? Many times we don’t realise that ourselves. According to EuroScientist, an official journal of Euroscience, disapproval of such biases and attitudes can keep the child from exploring and developing STEM skills. This also seems to be the top reason why women are under-represented in male-dominated STEM areas.
This encouragement should be starting from a young age and continuing throughout higher education and professional environments. One of the key findings of the survey taken by the legacy carrier in Europe was that male participants were more likely to consider and to be advised to go into a STEM career than the female participant, 50% male versus 31% of female.

Nowadays there are several programs where women from different STEM careers hold talks at school to encourage the young girls. One of them being The Aviatrix project in the UK, another way is to mentor young women into a STEM field. The ALTA-mentoring scheme by the Women in Aviation and Aerospace Charter (WAAC) is a program where women are supported by professional women in the aviation and aerospace industry. Other options include local female pilot organisation, some of them offer the opportunity to offer partial scholarships to pursue flight training.

It is clear that the under-representation of women in STEM fields is a complicated issue to solve. One which requires a sustainable solution and not a one time wonder. The encouragement and the interest in STEM fields have to be introduced, developed and nurtured from a young age and throughout adolescence and this can only be done when parents, schools and organisations collaborate towards a common goal: bridging the gap of females in STEM fields. 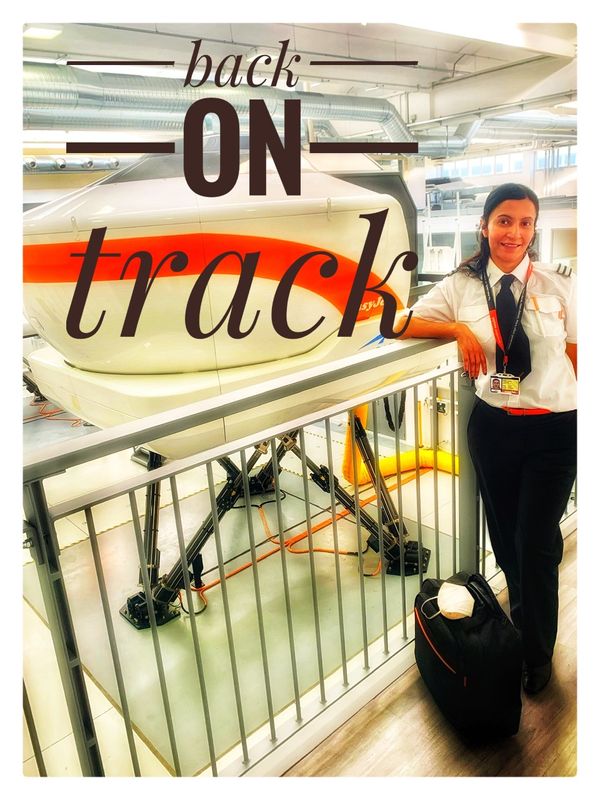 Once the Covid restrictions started to ease last summer, I suddenly started flying with not much notice. It had been a while (16 months) since I had last flown, so I had to really put all my time and effort into refreshing my learning.

I recently recorded a video about my story and how I became a pilot. You can watch it here: